Adam Małysz earns his second victory of the season

With an advantage of 11,8 points over the winner of Saturday's competition, Andreas Widhoelzl, Adam Małysz won the second event held in Bad Mitterndorf and notched up his second victory of the season. During the absence of their countryman, Janne Ahonen, two Finns were fighting for the best ranks: Risto Jussilainen finished in third, while Matti Hautamaeki took 4th place.

In the first round, Adam Małysz jumped 207 metres and had to settle for second place after Andreas Widhoelzl (207,5 metres). Risto Jussilainen was third with his effort of 205,5 metres. The second-round jump from Adam Małysz, the longest in the whole competition (209,5 metres) didn't leave any doubts about who was going to win the event: the Pole overtook Widhoelzl, who had leaped only 200 metres in the second leg. The Austrian took second place, ahead of Risto Jussilainen (201,5 metres in the final round) and another Finn, Matti Hautamaeki (201,5 and 202,5 metres).

This impressive performance by Adam Małysz helped him to move to 5th place in the World Cup overall standings. He loses only 3 points to Roar Ljoekelsoey, who is currently fourth. In the Ski Flying World Cup rankings, Małysz is second after Andreas Widhoelzl.

We'll have to wait to watch the ski flying until the last two World Cup events in Planica. Now the World Cup circuit moves to Neustadt, Germany. 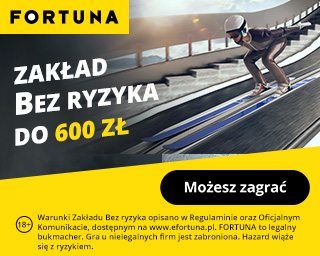